Today was not my first street Intervention with this 35-year-old homeless man.

He smiled and called me by name as I drove up. I had my air conditioning on. He was baking on the street corner on this 115 F+  afternoon.

Since I still had a couple lunches left from a donor, I asked, “Would you like a sack lunch, cold water, and a lecture? He laughed, and then immediately grabbed his gear and began walking to meet me in the parking lot.

I remembered him from a street clan I had chatted with a few months ago. 3 of his compadres then attended that month’s Hero School. This young man did not, but instead went back to stay with his dad.

Today, his 3 friends are working – and occasionally sharing with me what concerts they attend. This young man is not. Worse, he confessed he can’t work since his drug addiction has worsened.

I could care less about drugs and alcohol or addictions. I want to know “why” someone thinks this is the right substance to fill an inner void.

Most people also know I am not a good listener. Rather, I refuse to listen to struggling people’s stories, and for good reason. First, my goal is to prevent or free people from homelessness, and “telling a story” in the midst of a crisis is Habit 4. In fact, that’s precisely how and why they attract each other.

I know this goes against what many have been taught. But think about it for a moment and you’ll see the wisdom.

In the old days, I refused to listen to the homeless or someone struggling out of pure arrogance. “Look, if you knew how you got into this mess and why, you wouldn’t be homeless.” I was an independent retired business founder so I’ll be the expert here.

Yep. Arrogance with a Capital A.

Arrogant. And accurate. Funny that the old BS still exists that the best person to help the homeless or an addict is someone who’s been there.

The former homeless dude or addict or former anything might be more relatable, but we’re not trying to make friends with homeless folks or addicts. We’re trying to free them from homelessness and addiction, and the best person for the job is someone who stayed free from both. Do we want the dropouts teaching dropouts how to graduate, or should we leave that to the graduates?

So when someone is homeless or in a downward spiral, I want to stop everything that is contributing to it.

I blame reality television for encouraging people to tell stories instead of seek wisdom or take action. We didn’t learn this from movie heroes. Can you imagine young John Conner in Terminator 2 trying to tell a story during a firefight? His Terminator reaches out and says, “Come with me of you want to live” and John starts talking about how hard foster care is.

When danger is closing in on every side, and all your last decisions got you in even deeper doo doo, this is not the time for an emotional monologue. It’s time to shut-the-fu** up, listen and DO what Ahnold, I mean Your Terminator, says.

Having had this same conversation with at least 500 different men over the last 20 years, I know how this can turn out.

So I pushed a button to find out what inner conflict triggered the return to drugs to fill his inner void. What was it that tricked him into using an artificial void filler this time? As Nietzsche wrote, “happiness” for the man of “late cultures and broken lights” only comes by way of a “sedative.”

Suddenly this young man got very lucid and revealed, “My dad and me don’t see eye-to-eye.”

“Look,” I continued, “Nearly every hero in the movies was an orphan. They didn’t have family so they sought out experts and became champions.”

“And 25 prime ministers in Europe IN THE REAL WORLD were orphans, and you’re wondering why you’ve repeated history for 20 years?”

Then I told him what he’d needed to hear since he was 15. “It’s OK to grow up and be a man, on your own. You don’t need anyone else’s approval.”

Like a huge weight had been lifted from his back, his shoulders buoyed and it was apparent this was the problem all along. Maybe he wanted to play guitar and his dad wanted him in the union.

He simply needed permission from someone he deemed had the authority to say it was OK to build his own life.

While his outer life improved only slightly from the food and drink, his inner void was getting full. Without drugs. He also seemed confident he could be free to live from his passion instead of a life condemned, suppressing his treasure just to please an unpleasable family member.

With tears and a smile, he thanked me for the food, cold water… and especially the lecture. He left to share the additional food – and the lecture – with his street friends.

How many more young men are still struggling with two conflicting voices inside?

Sometimes we just have to have the courage to grow up and live, to take the blame and end the inner war. Life is too valuable to live trying to please someone who is always going to disappoint us or be disappointed in us, or to continue trying to impress someone who isn’t even looking. 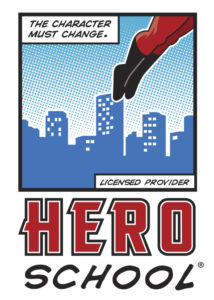